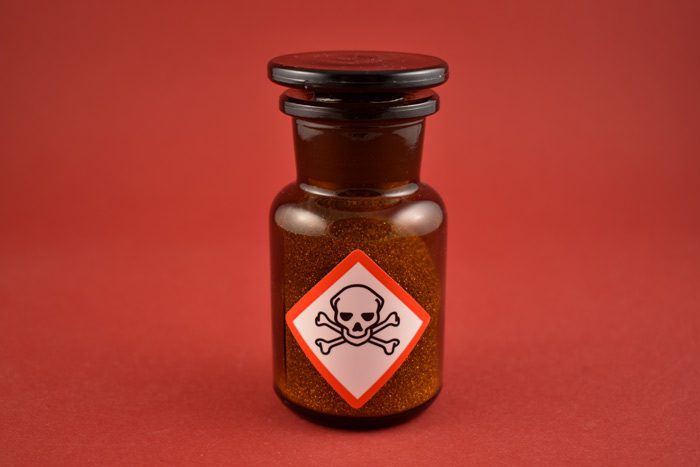 Synthetic marijuana is a mix of plant material and laboratory-made chemicals called synthetic cannabinoids. These chemicals get their name because they act on the same brain cell receptors as tetrahydrocannabinol (THC), which is the main active ingredient in marijuana. However, this does not mean that they affect the body in the same way. The chemicals used in synthetic marijuana products are completely different from the THC in the marijuana plant—which means they can affect the body in unpredictable and dangerous ways.

Use of Synthetic Marijuana Is Growing

Synthetic marijuana looks like loose tobacco or potpourri. It is often sold in pouches or plastic bottles that feature brightly colored candy-inspired logos.

Products containing synthetic cannabinoids can be used in several different ways. Most often, they are vaped, smoked, or added to herbal tea and other foods.

People of all ages use synthetic marijuana, but the product remains most popular among teens due to its low cost. A study by the National Institute on Drug Abuse found that synthetic marijuana was the third most commonly abused substance among high school seniors when alcohol and tobacco were excluded. Spice use was reported by 7.9% of respondents, while 8.7% reported using amphetamines, and 36.4% reported using marijuana.

More About Spice Use

Individuals who are regularly drug tested as part of their employment are often attracted to synthetic marijuana because it will not lead to a positive result on most standard drug screens. It can be detected using specialized urine screening, but these tests are generally not ordered unless there is a specific reason to suspect a person is using synthetic marijuana.

To some extent, misinformation has driven the interest in synthetic marijuana. Since synthetic use is relatively new, the general public is often unaware of the risks it poses. Users often mistakenly believe that the drug is safe and unlikely to cause harm—especially if they were able to purchase it with little difficulty.

The federal government has banned many types of synthetic cannabinoids. Many state and local governments have passed their own laws targeting other synthetic cannabinoids. However, since these laws all target general categories of ingredients as opposed to specific chemicals, manufacturers continue to circumvent regulation by tweaking their formulas or simply marketing their products as “not fit for human consumption.”

Since synthetic marijuana is not regulated as a food product or a drug, there are no standards to ensure product quality. There are hundreds of different products manufactured and sold with different chemical compositions. The composition of a specific product can even be different from batch to batch, which increases the risk of dangerous side effects.

Synthetic marijuana sold on the street is often imported from overseas or manufactured in private residences. It has been found to be contaminated with other drugs, including fentanyl and bath salts.

The Dangers of Fake Weed

Depending on the specific product being used, synthetic marijuana is between four and 50 times more potent than cannabis. This intensity has led many users to compare its effects to crack or meth.

Some of the side effects of synthetic marijuana can include:

Repeated use of products containing synthetic cannabinoids can lead to:

It is possible to experience a fatal overdose while using synthetic marijuana products. Whenever an overdose is suspected, it is important to call 911 immediately. Treatment for an overdose includes oxygen, IV fluids, and medications to control dangerous symptoms such as seizures.

Someone who is addicted to synthetic marijuana will not be able to quit through willpower alone. They need access to evidence-based care personalized to fit their individual needs.

At Waypoint Recovery Center, we provide a full continuum of care that includes medically managed detox to ease withdrawal symptoms as well as group, individual, and family therapy and a wide range of holistic support services designed to promote the development of a wellness-focused lifestyle. After completing our South Carolina residential addiction treatment program, graduates have access to continuing care and recovery management services that support their transition back to independent living.

The risks of synthetic marijuana are too great to ignore. If you’re struggling to control your substance use or are worried about a loved one, contact our admissions representatives to learn more about how we can help.

Are you or someone you love looking for SC treatment centers? For more information about our treatment programs at Waypoint Recovery Center, please contact us anytime at (888) 978-5188.
Share Post: