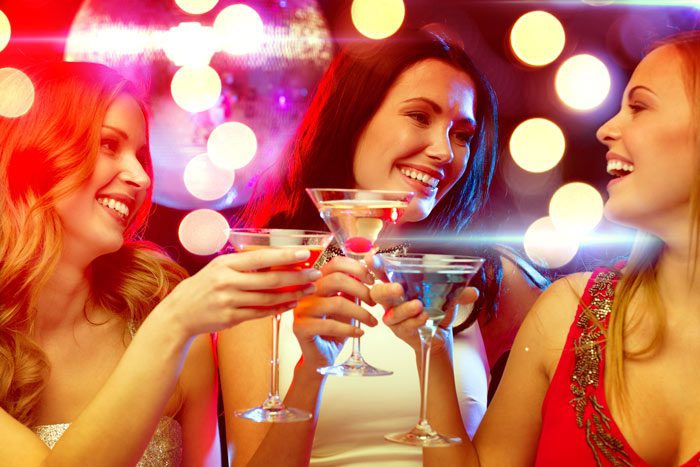 At the peak of its popularity, Sex and the City showed an entire generation of women a glamorized version of adulthood that made sipping fancy wine and Cosmopolitans seem like the ultimate female bonding experience. Now, nearly 18 years after the show’s last episode, the 10-episode revival And Just Like That… is portraying drinking in a slightly different light.

And Just Like That… picks up with the main Sex and the City stars as they’re navigating the challenges of life in their 50s. Miranda, once a fiercely independent lawyer, is now a middle-aged woman struggling with an unhappy marriage, doubts about how she’s parenting her teenage son, and the difficulty of going back to grad school to make a major career transition. On top of it all, there’s an uncurrent of collective sadness surrounding Samantha’s decision to move to London and no longer have any regular contact with the group.

Even if you’re only a casual viewer of the show, the writers make it clear that Miranda is on a downward spiral. In the first few episodes, we see her sneaking nips in her backpack, attempting to order wine before noon, and smuggling a bottle into Charlotte’s daughter’s piano recital. By episode five, she’s getting drunk in the middle of the day and having sex with Carrie’s boss.

While no two people have the exact same addiction and recovery experience, Miranda’s storyline is problematic because it leans heavily into the stereotype that it’s easy to see when a person has a drinking problem. Plenty of women are drinking at appropriate times and in the right places yet struggling to define what alcohol means to their lives. They’re functional addicts using alcohol to relax, numb, and cope with everyday stresses.

The show seems to imply that recent events have triggered Miranda’s drinking problem, but the reality is that two-thirds of middle-aged adults with alcohol use disorders had diagnosable symptoms before the age of 25. Their behavior is often written off as a sign of immaturity, and the toll alcohol is taking on their mind and bodies is simply ignored altogether. If Miranda has an alcohol use disorder, it would be much more realistic to take a look back at the warning signs that were showing up when the group first began spending time together.

Once Miranda realizes that she’s hit her personal rock bottom, she pours all the alcohol in the house down the drain and makes the decision to quit drinking. However, the show doesn’t elaborate any further—leaving viewers with the impression Miranda plans to overcome her alcohol use disorder with pure willpower.

There’s no doubt that being committed to changing your behavior is important, but willpower alone isn’t enough for a lasting recovery. Addiction has both biological and environmental triggers—which means women need access to professional care personalized to fit their unique needs. Miranda needs formal substance abuse treatment just as much as Carrie needs the operation to fix her congenital hip defect.

Looking at the Role Friends Play in the Recovery Process

Even though the show’s portrayal of Miranda’s alcoholism is problematic on multiple levels, one thing And Just Like That… does get right is understanding the role friends can play in the recovery process. Charlotte and Carrie have been Miranda’s best friends for over 20 years—yet they still struggle with how to address her drinking problem.

Charlotte is the first to express concern about Miranda’s relationship with alcohol, while Carrie is more skeptical. Since all three women have been drinking regularly throughout adulthood, it’s understandable that Carrie struggles to see how Miranda’s behavior has changed. She’s inadvertently enabling unhealthy and self-destructive habits because she’s distracted by the death of her husband and doesn’t have all the information. Charlotte ends up brushing her concerns aside because she’s afraid to rock the boat. The difference in their reactions illustrates the difficulty that can come with planning an intervention for a friend in need.

After Miranda makes the decision to get sober, however, her friends are 100% supportive. They even join her for a toast with glasses of non-alcoholic wine. They don’t appear to fully understand what she’s going through, but it’s reassuring to know that they want to see her happy and healthy.

Get the Facts You Need to Move Forward

If And Just Like That… has you rethinking your own relationship with alcohol or has led to concerns about a friend’s behavior, we’re here to help. Waypoint Recovery Center offers a full continuum of care for women with alcohol use disorders, including detox, family therapy, group therapy, and individual therapy. Contact us today to learn more about our South Carolina addiction treatment services.