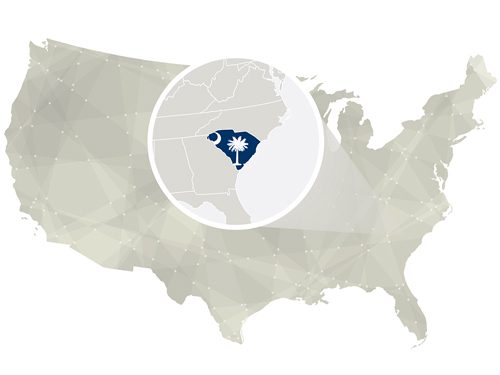 The opioid epidemic is a nationwide crisis, affecting millions of people across the United States.

Encompassing the abuse of prescription pain medications such as Vicodin, OxyContin, and Percocet as well as the use of illegal street drugs such as heroin, opioid addiction affects people of all ages, races, and socioeconomic backgrounds.

In many cases, people begin the descent into addiction by taking prescription pain medication for a legitimate medical condition. Although prescription opioids play a vital role in managing severe pain for those who are seriously ill, they have a high potential for abuse if not taken exactly as prescribed. Tolerance quickly develops and it’s all too easy for people to progress to using illegal street drugs when it becomes difficult to obtain prescription opioids by doctor shopping or by borrowing pills from friends and family members.

To get a sense of what South Carolina is facing, consider the following facts from the South Carolina Department of Health and Environmental Control:

The South Carolina Department of Health and Environmental Control (DHEC) and healthcare providers throughout the state are working to encourage a more responsible approach to the prescribing of opioids. In 2016, there were 948 opioid prescriptions written for every 1,000 residents—a number that has been increasing steadily since 2010 and is the ninth highest in the nation. However, the percentage of patients receiving the high doses that increase the risk of addiction has been declining steadily during this timeframe. In 2016, about 7% of patients were receiving ≥90 MME of opioid analgesics.

DHEC’s Bureaus of Drug Control and EMS administer a prescription monitoring program (PMP) known as the South Carolina Reporting & Identification Prescription Tracking System (SCRIPTS). This program tracks the dispensing of controlled substance prescriptions to prevent diversion and abuse. Information can also be exchanged with participating states.
In August 2017, Attorney General Alan Wilson announced that South Carolina had sued Purdue Pharma, accusing the maker of OxyContin and other prescription opioid drugs of violating South Carolina’s Unfair Trade Practices Act. The lawsuit alleges the company engaged in deceptive marketing and failed to adequately educate doctors about the risks of overprescribing opioids. The action was backed by a number of prominent lawmakers, including state Rep. Eric Bedingfield—whose son Josh lost his life to an opioid overdose in 2015.

Educating Young People About the Dangers of Opioid Addiction

To prevent young people from falling prey to addiction, experts believe substance abuse education needs to start in middle school and continue throughout the teen years. Beth Drake, the acting U.S. attorney for South Carolina, suggests that parents watch the DEA film Chasing the Dragon with their children. This 49-minute documentary looks at the firsthand accounts of opioid addicts and their families to demonstrate the harm that addiction causes.

To reduce the number of lives lost to addiction, improving access to naloxone is essential. Sold most often under the brand name Narcan, naloxone is an anti-overdose medication that quickly reduces the effects of opioids. In 2016, South Carolina EMS personnel administered naloxone approximately 6,400 times—a marked increase over the 4,600 times the drug was administered in 2015.

The Law Enforcement Officer Naloxone (LEON) program works to train law enforcement throughout the state in the safe use of naloxone. To date, over 3,100 law enforcement officers have completed the training. As a result, there have been 87 documented LEON saves.

For more information about our treatment programs at Waypoint Recovery Center, please contact us anytime at (888) 978-5188.