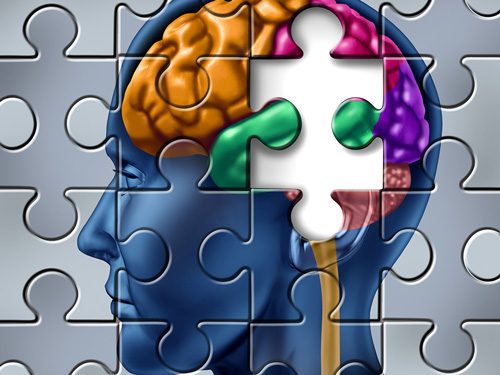 The brain is a complex web of connections controlling bodily responses, cognitive function, and mood.

Even just a few drinks can affect the brain by changing how neurotransmitters relay information, but long-term abuse of alcohol can have severe consequences for your overall health and wellbeing.

Someone who drinks heavily for an extended period of time can develop noticeable deficits in brain function. The risk of brain damage related to alcohol abuse varies depending upon a person’s overall physical health, level of alcohol consumption, age at first drink, and gender. However, seeking addiction treatment and remaining sober can help heal some of this damage.

The Dangers of Alcohol-Induced Blackouts

One sign of excessive alcohol consumption is the experience of an alcohol-induced blackout. Someone who blacks out while drinking does not remember their own actions or the actions of others. Blackouts are considered a type of amnesia, since the brain can’t form new memories but still retains memories of previous events. They typically last anywhere from a few minutes to a few hours.

Anyone who is drinking to the point of experiencing blackouts is creating changes in the brain that can cause impairments in sleep, coordination, mood, and behavior.

Alcoholics are often suffering from malnutrition, since alcohol provides empty calories and reduces the incentive to eat balanced meals. A thiamine deficiency, which is common in people seeking treatment for alcoholism, can cause damage to the brain. Thiamine, also known as Vitamin B1, is found in meat, poultry, beans, nuts, and whole grain cereals.

Deficiencies in folate (vitamin B9) or vitamins B6 and B12 have also been linked to brain damage. Folate is found in dark green, leafy vegetables such as romaine lettuce and spinach. Vitamin B6 is found in turkey, chicken, tuna, pinto beans, sunflower seeds, and sesame seeds. Foods rich in B12 include red meat, fish, fortified soy products, fortified cereals, low fat dairy, and eggs.

It is considered common knowledge that heavy consumption of alcohol over an extended period of time can cause damage to the liver. However, many people are unaware that liver damage can also cause changes in the brain.

Cirrhosis of the liver is linked to a serious and potentially fatal brain disorder known as hepatic encephalopathy. This condition can lead to changes in sleep patterns, anxiety, depression, shortened attention span, shaking of the hands, and general problems with coordination. In the most serious cases, people may slip into a coma as the result of the condition.

Alcohol’s Effect on the Developing Brain

The brain does not fully develop until the early 20s, which means that teens who are drinking heavily are risking serious damage to the brain. Cognitive changes caused by teenage substance abuse could lead to decreased educational achievement, limited professional opportunities, and more.

A study by neuroscientist Susan Tapert of the University of California, San Diego, found that heavy alcohol consumption in the teen years was linked to a 10% decrease in thinking and memory. The same study also found drinking was linked to a shortened attention span for males and decreased ability to comprehend and interpret visual information for females.

Brain imaging tests of teen drinkers revealed noticeable dysfunction in the white matter and hippocampus. White matter relays information between brain cells, while the hippocampus is a key area for memory formation.

In general, women are more vulnerable to the physical effects of alcohol than men. This is due to their smaller size, higher percentage of body fat, and specific hormonal makeup. Tests of brain function in alcoholic men and women reveal that women develop cognitive impairment after a shorter time period than men. In many cases, an alcoholic woman will experience the same level of brain damage as a man who has been drinking heavily for twice as long. Women are also more likely to experience alcohol-related blackouts than men.

Women who drink while pregnant may give birth to a child suffering from Fetal Alcohol Syndrome. This condition causes a number of problems with growth and development, including conductive impairment. Children born with FAS have fewer neurons that function correctly, which leads to lifelong problems with learning and behavior. The only way to prevent FAS is to avoid drinking during pregnancy.

For more information about our treatment programs at Waypoint Recovery Center, please contact us anytime at (888) 978-5188.